Get fresh music recommendations delivered to your inbox every Friday.

K​-​mundi - The little disaster inside us 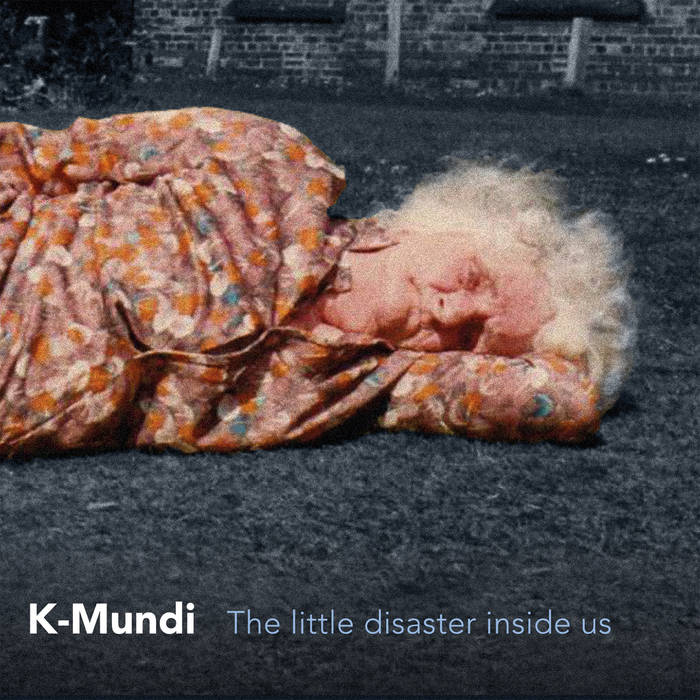 K-Mundi make (mostly) improvised music with a post-postmodernist approach, using acoustic, electronic, and electroacoustic instruments. Their first album is currently in the making.

Økapi (Filippo Paolini) is among the most relevant turntablists and sampling artists since the early '90s. He performed or recorded with Metaxu, Dogon, Zu, Christian Marclay and others. He produced several albums, in a wide variety of styles and ways of treating the audio material, ranging from orchestral and lounge music to the most bizarre experimental stuff.
Adriano Lanzi, guitarist and electronic performer, has released albums and tracks on Klangbad, Off and other european labels, with projects and bands ranging from rockjazz to world music. Among his studio and live collaborations: Geoff Leigh, Amy Denio, the griot and kora virtuoso Siriman Kanoutè, and others.
Marco Ariano is a percussionist, sound researcher, and "composer of improvised music". walking down a path along the border of music and philosophy. He writes pieces that imply poetry and staging elements as well as sounds. Among his many collaborations: Alvin Curran, Elio Martusciello, Vincent Courtois, Don Moye.

The trio first appeared together in a concert produced by the Circuiterie Collective (www.circuiterie,com) at the Nuovo Cinema Palazzo in Rome, with Geoff Leigh (of Henry Cow fame) as a special guest on sax and flute. The concert was aired in the program Battiti , RadioTre.

Økapi is Filippo Paolini, an Italian turntablist and sample cutup artist. Filippo has recorded several solo albums, as well as recording in the duo Metaxu and with the trio Dogon. He has performed live for national Italian State radio broadcasts (RAI) with numerous international artists such as Christian Marclay, Peter Brotzmann, Mike Patton, Matt Gustafson… ... more

Bandcamp Daily  your guide to the world of Bandcamp

Lance Skiiiwalker joins the show to discuss his most recent releases